The global economy is significantly slowing down, but we have still no recession. Economies are growing, although at a more moderate pace. But indicators keep going down. Most clearly is this seen in the yield curves.

In the beginning of this year I wrote about the pessimism in the economy. I then assessed it was only a slowdown from high levels. This is still valid, but we have yet not reached the bottom. The dip is deeper than most analysts predicted.

An important factor behind the negative sentiment is the trade war between the United States and China. It has both direct and indirect effects. The indirect effects are the most powerful ones. The trade war spreads uncertainty: What will be the next step, could it be worse? The economy gets stuck in negative spirals; companies hesitate and put investments and employments on hold. The more hesitation, the worse it gets. We see this in purchasing managers indexes and confidence indexes: they keep falling.

The trade war has also direct effects on the global economy where we see a drop in trade statistics and industrial production.

But we have several other factors to worry about:

On the other hand, we see no signs of pessimism on the stock markets. They have recovered from last autumn’s decline and are now back on the same levels and above. But the picture that is drawn by the yield curves is again very pessimistic. German 30 year government bonds are for example traded with a negative interest rate. The expectance of negative rates for such a long time is undeniably gloomy.

But is it really as gloomy as the market suggests?

No, I don´t think so. The interest rates on the long government bonds have been taken too far. There are several central banks that will remain active with various stimulative measures. Looking at many countries we do not see a recession, we still have growth even if it is at a slower pace.

This is especially true concerning Sweden, where growth will be approximately 1.0 to 1.5 per cent this year and next. It is falling, yes, but by far not a recession. And the labour market paints the same picture with a turn-a-round from best levels, but it is still far from recession levels.

The Swedish krona will remain weak. It might be strengthened towards the US dollar as the Fed will lower its Fed funds rate in several steps, but it will not appreciate significantly versus the euro as long as the Riksbank keeps it extreme stimulative policy. The Swedish central bank will not raise its repo rate – that should have been done a couple of years ago. It is too late, not least as the European Central Bank, ECB, just has lowered its repo rate to stimulate the European economy.

And don’t miss any future blog post with insights and the latest in treasury and working capital solutions. 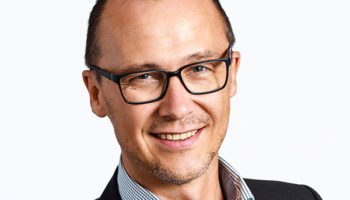 Kristofer Ramström, a senior consultant at CORE Process, has 25 years of experience following and analyzing the financial markets. He regularly provides clients with updates and conclusions of the economic status in Sweden and across the world. With his extensive background Kristofer also advice clients in treasury management and systems to achieve their objectives.